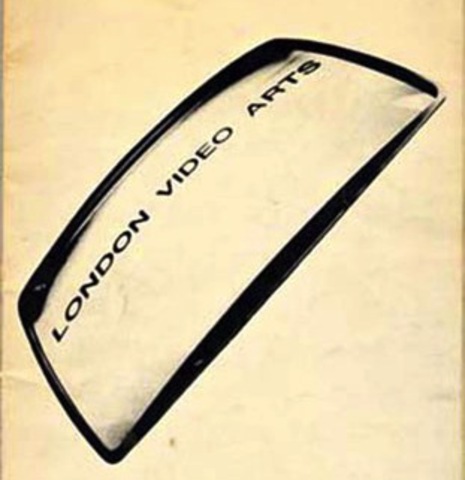 Following the influential Video Show at the Serpentine Gallery in May 1975, which brought the work of international video artists to London and showcased British artists working in the medium, it became apparent that the increased activity in British video art required an organisation to provide support for the artists involved. The idea for London Video Arts (LVA) was initiated by David Hall and founded in summer 1976 by a group of video artists including Roger Barnard, David Critchley, Tamara Krikorian, Brian Hoey, Pete Livingstone, Stuart Marshall, Stephen Partridge, John Turpie and Hall.

LVA aimed to provide video artists with support promoting their work, beginning as Stuart Marshall later put it as a pressure group for the autonomy of video as an art practice, with its own systems of exhibition and distribution. This is apparent in the first LVA catalogue, produced in 1978, which places emphasis on artists work on videotape, video performance and video installations. LVA acted as a regular screening venue for video art with a distribution library that provided access to a selection of tapes by international as well as British artists working in the field. In the early days there were no production facilities, due in part to the unwieldy and expensive nature of the technology then available. It was not until the early 1980s that LVA managed to secure sufficient funding to set up a permanent office, employ staff and set up their first production facility, this was heralded in LVA’s second 1984 catalogue by David Critchley.
“We now have, in March 1984, an organisation which is up and running in all of the areas it was intended to cover by its founder members back in 1976. LVA can now offer facilities for the production and post-production of video programmes, can exhibit those programmes through its own shows series, and can distribute them worldwide with the help of this catalogue.”

As video art became more established throughout the 1980s LVA changed to accommodate the different concerns which emerged across the decade. The phenomenon of Scratch video, for example, and the rise of the music video and cheaper and more available video camcorder technology produced a different aesthetic less connected to the modernist concern for medium specificity which first characterised video. In 1988, after some disagreements with John Cleese’s video production company (Video Arts) over company names, LVA became London Video Access, and indeed it’s production facilities were in great demand at the expense of it’s distribution library during this period, showing a shift towards broadcast and the independent video sector and away from the arts. By 1994 another change of title to London Electronic Arts reflected developments in video technology towards a more dispersed digital media and again reasserted the artist led nature of the organisation. A further move to Lottery funded premises at the Lux Centre in 1996 also provided a purpose built gallery space to accompany distribution and production facilities. Under the pressure of funding cuts, and perhaps also determined by the increasingly blurred distinctions which now existed between video and other moving image media, LEA merged with the London Filmmakers Co-operative with whom it shared a venue under the collective name of the Lux Centre, continuing until the eventual demise of the Centre in 2001. It’s extensive library of video tapes, attesting to the rich history of British and international video art which LVA first helped to promote, continues to find distribution through LUX, as do many of the artists originally involved.’

Media of now: An interview with David Hall

'The View from the Bridge (Written from the Water)' Clive Gillman, LVA catalogue, 1991

Towards a Critical Language for Video, Article by Nik Houghton, LVA 1986

'Scanners' LVA at AIR listing and advert, Time Out, April 1987

Email to David Curtis regarding LVA's connection with AIR Gallery, 19/04/2005

"In 'From Art to Independence', Stuart Marshall stresses the significance of the relationship between LVA, the development of video art in the UK, and the art school network:

'An aspect of the early membership of LVA which was specific to video was that almost all of the first steering committee members were, or were to become, in some way related to colleges and schools of art. At this time many art colleges were setting up media departments and investing in video technology. This came as a response to both the new developments in the cross-fertilisation in the arts and the increasing institutional fascination with new information technology which was making its presence felt in the form of audio-visual aids in media-dependent teaching practices. Early British video therefore became inextricably linked with undergraduate and post-graduate education, both in terms of its means of production and the development of its aesthetic.'

... During this early period, the artists associated with LVA were almost exclusively associated with aesthetic concerns derived from modernism. Avant-garde art practice was at this time dominated by a refusal of representation. In painting and sculpture, this had resulted in 'the play of signifiers emancipated from the tyranny of the signifier', and in video and film (and to some extent, photographic practice) it gave rise to an exploration of the inherent properties of these respective media. Video artists sought to explore their medium by examining the image-making mechanisms that were specific to video, and this placed them in an oppositional stance to the institution of television, as well as to the broader history of fine art. Video artists of the period saw themselves as seeking to define a grammar or language that was specific to video - a syntax that was inherent to the medium and free from the conventions of broadcast TV."

"LVA's first distribution catalogue published in 1978 stated that 'anyone working experimentally and anyone documenting artworks in the medium is eligible for inclusion in the LVA library', but this Co-op- like egalitarian invitation had disappeared by the time of its second catalogue in 1984, and did not resurface. LVA was never embarrassed by the idea of selective promotion; nor would it insist on short-term contracts for its workers. It had learned, perhaps, from Co-op's experience. A small pool of production equipment was established in 1981, and was greatly enlarged thanks to regular funding from Channel 4 from 1983, and from the Greater London Council from 1984. This investment prompted the move of LVA's office and new edit suites to 22 Frith Street, Soho, by happy coincidence next door to the building from which John Logie Baird had sent the world's first experimental television transmissions in 1926. (Hall would memorably recreate Baird's first fragile images in his tape Stooky Bill TV (1990).) Re-housed more than once, these production facilities remained a busy centre of production for artists till the late 1990s, when they, and the whole notion of artists' collective equipment-based video workshops, were finally made obsolete by the ubiquity of domestic, computer-based editing systems." David Curtis, A History of Artists' Film and Video in Britain. British Film Institute, 2007.