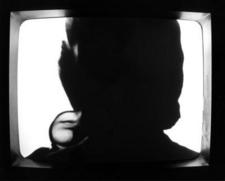 In the Summer of 2009, the world sadly lost two important British artists who pioneered the use of the moving image in the gallery during the 1970s – Tamara Krikorian and Tony Sinden. Both of these artists were involved significantly in the REWIND project.

A joint memorial event was held at Tate Modern which was hosted by Stuart Comer and AL Rees. More information about the event can be found here.

The event also coincided with the launch of REWIND + PLAY DVD, in which both Tony and Tamara are featured.