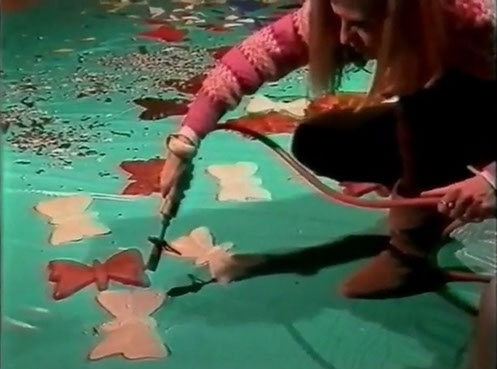 Screening & Discussion Panel: The Time Is Right For…

As part of Summerhall’s 2017 Edinburgh Festival Programme, EWVA in collaboration with Summerhall  presented a selection of early women’s video work that had been investigated during the project.

Artists began to work with video from the late 1960s as a more accessible alternative to film. Although many of these artists are well known today, there are several women artists who experimented with video in the early years who have since been forgotten or marginalised.  As a result many women artists’ fundamental and pioneering experiments remain under-researched and very little critical writing about them has been published.

The title comes from Marikki Hakola piece The Time is Right For… (1984). The screening featured works from the 1970s & 1980s by several European women artists that engage with the concept of the artist as promoter of dialogue, openness, cultural exchange and peace.

Works included in the screening were: