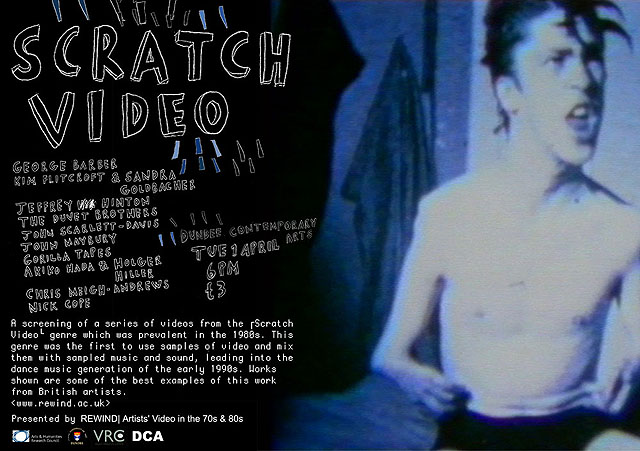 A screening of a series of videos from the ‚’Scratch Video’ genre which was prevalent in the 1980s and has generally been forgotten about in contemporary culture. This genre was the first to use samples of video and mix them with sampled music and sound, leading into the dance music generation of the early 1990s. The works that were shown are some of the best examples of this work from British artists.

These works use as their source, extracts from archive footage, news bulletins, old feature films and TV footage. They allude to socio-political and contemporary events such as the Cold War and Thatcher’s Britain. Some of the issues raised are still relevant today.