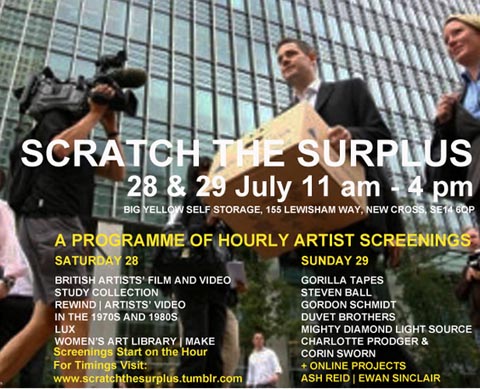 Scratch the Surplus was a two-day screening event organised by Re-make and part of Deptford X 2012. The programme was made up of one-off, on the hour screenings. Saturday saw work selected by practitioners who are engaged in distribution within specific UK film and video collections including REWIND, Dundee, The British Artists’ Film and Video Study Collection, Central Saint Martins, LUX and Women’s Art Library, MAKE. Sunday’s programme of artist moving image work, moved from scratch video of the 1980s to new video work that delves into the vastness of the internet.