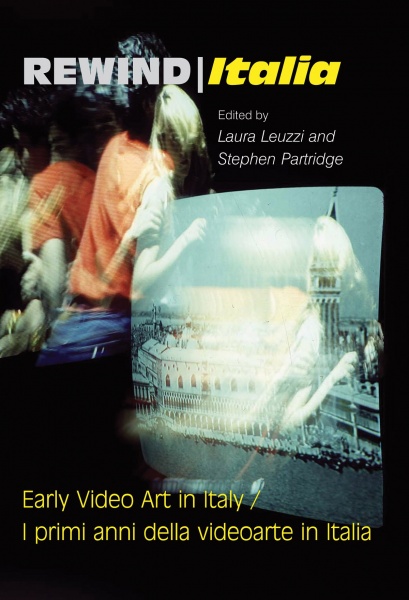 Italy was a vibrant centre of video art production and exhibition throughout the 1970s and 1980s. This early experimentation attracted artists from all over the world and laid the foundation for video art. Edited by Laura Leuzzi and Stephen Partridge, REWINDItalia Early Video Art in Italy aims to bring the Italian seminal early video experimentation back into the international spotlight and provide a a unique resource for research and study.

REWINDItalia, Early Video Art in Italy includes seminal essays, translated for the first time into English, plus newly commissioned texts by leading scholars and artists, and a wide selection of video stills and other images.

Foreword by Don Foresta; introduction by Stephen Partridge; the volume closes with ‘The Chronology of Video Art in Italy (1952–1992)’, by Valentino Catricalà and Laura Leuzzi. Translation by Simona Manca. Publisher: John Libbey Publishing.

There was a screening of seminal Italian Video works with a drinks reception. Copies of the book were available at a special price.