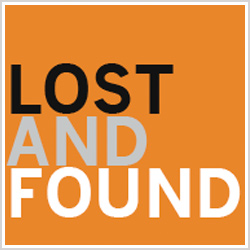 Lost and Found was an exhibition which reconstructed some early video installations from 2 key events in Glasgow in the 70s and 80s: Video towards Defining an Aesthetic (Third Eye Centre, 1976) and EventSpace 1 (Transmission, 1986). Presented in collaboration with the REWIND project in Dundee, it included works by Tony Sinden, Stephen Partridge, Stephen Littman, Pictorial Heroes, Zoe Redman and Kevin Atherton.

In the early days of video art, technological advancements were providing new opportunities for its development. The Videowall was a powerful new tool for the progression of the installational ideas of video art as a whole at the time. At Transmission in 1986 this was tested for the first time and then followed up at the first Video Positive Festival in 1989.