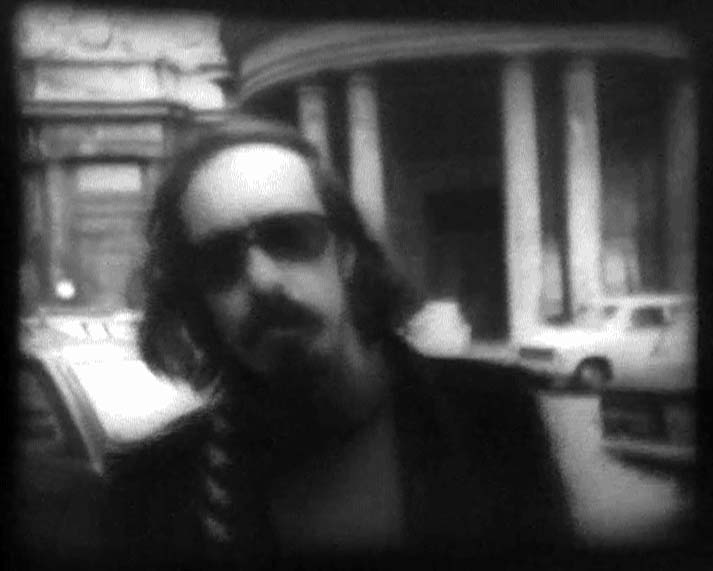 Among the first to experiment with multimedia and the filmic possibilities of videotape, Luca Maria Patella presented a single work here. It can be traced back to what the artist calls “self-documentations in progress,” featuring the simultaneous presence of different media. The four sequences of which it is composed constitute a sort of anthology of practices: an excerpt from the unfinished film ‘Lu’ capa tella’ (16mm, 1972); documents taken from the Gazzette Ufficiali (1972-1974) and the performances done at Galleria L’Attico in Rome in those years; the “dissolving grammar,” the fade in-out projection of a series of word games and images using a machine invented by the artist; and, finally, the film of a performance in which Patella writes a series of thoughts on the role of the artist and art in society on a luminous slate.

This piece was recovered and digitised by REWINDItalia.