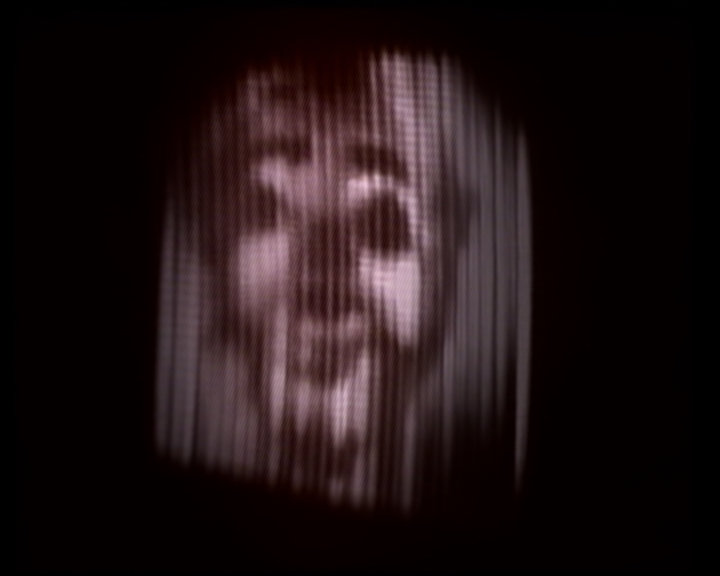 Commissioned for the Channel 4 series 19:4:90 Television Interventions by Fields and Frames.
‘An imaginary dialogue between the pioneer of television, John Logie Baird, and the eponymous ventriloquist’s dummy used as the subject of his experimental cameras.. hypothesises the thoughts of Baird and the dummy at the moment of the first successful transmission in October 1925. To Baird’s insistence that TV will enable people to see themselves more than ever before, Stooky Bill ripostes that they will be led to demand the fantastical illusion that he represents.. Given the normal relationship of ventriloquist and dummy, this dialogue has numerous ironic implications…’ – Mick Hartney, InT/Ventions.., Diverse Practices: A Critical Reader on British Video Art 1996.
This tape is a caustic glance backwards at Baird’s legacy of ‘dummy television’, The piece is also a resounding formal success in so far as it presents an image equivalent to the one first produced in 1925.. All the trademarks of Hall’s work are present here: dry wit, seriousness and the exploration of illusion; the awareness of material conditions and of cultural forms…’ – Michael O’Pray, A Directory of British Film and Video Artists 1996.